How to Deal with Rejection from Prospective Members So you thought you had a new prospect… and then they decided not to sign up. Now what?

How do you deal with rejection as a business owner? Sure we’ve all dealt with rejection in life: relationships and job applications to name a few – but this is your business, something you have built from the ground up, your passion, your ideas… why are members turning down opportunities to be a part of your fitness world?

Let me start here. I’m a sales rep, and in theory, sales people are experts at dealing with rejection. I believe in Zen Planner and the benefits it can bring to a business, but it’s just the reality of business that my prospects are going to disagree with me. “This sounds great!” They say. (Cue the excitement rising for the sales rep) “…But I think I’m going to go a different way” They say. (Cue the disappointment).

Thought so. Here are some of my best tips for tackling rejection head on.

When things go wrong and you cope with it through negativity, you’ve already made the choice to continue on a negative streak. Practice positive thinking, be optimistic, and believe that good things will happen. Rejection does not equal failure; it just means there’s something better waiting for you. Don’t let rejection close in on your prospect pipeline, the more people you reach out to, the better the return.

Think of each interaction as a way of warming your prospect up to the idea. When you’re thinking of buying a new car, you’re likely not going to go purchase one the moment it comes into your mind. However, as time goes by, you’re going to shop around, save some more money, and eventually buy one after you’ve been warmed up to the idea of trading that beloved ’92 Chevy into the world of 21st century cars with audio and visual built-in navigation. So when your prospect says no, it doesn’t mean never, just not right now.

You planted the seed, watered it, and now they’ve got to let it bloom. Maybe it never will, or maybe they’ll come running back down the line. At least they’ll be familiar with your business when that time comes. Though yes is the best, no is better than maybe. Thank people for giving you a no, for now you can move on to prospects who will give you a yes.

Look at it this way: your job is to get an answer. The sooner the answer, the sooner you can move on – whether it’s moving on to setting up an account for them, or writing them off as a long-term prospect, you’ve done your due diligence. Part of dealing with rejection is understanding and accepting that half the equation has to do with the other team. Sometimes, there’s only so much you can do, so don’t let rejection get in the way of operating a successful business.

Looking for additional ways to help you brush up on your selling skills? Learn about ways to challenge traditional sales tactics to help you sell more in a webinar hosted by Zen Planner’s Director of Sales, Phil Stern. Watch, Sell More by Not Selling at All today! 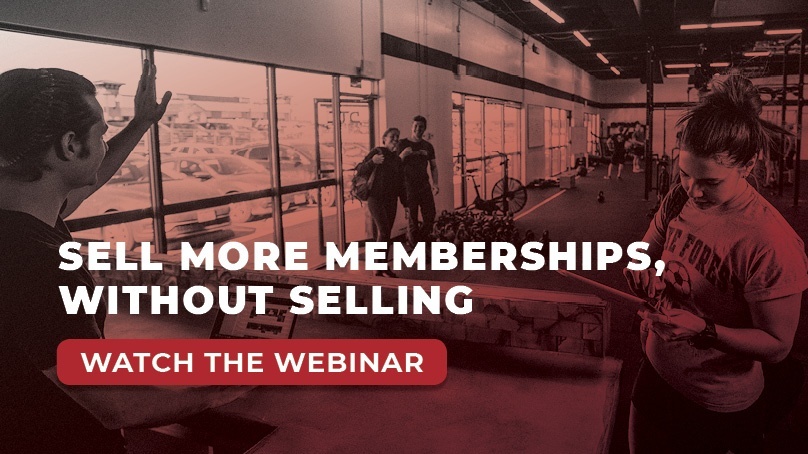