The Annual Martial Arts Benchmark Report is the most comprehensive analysis of business data in the industry. Each year, we refine our reporting and analysis based on feedback from the community. With that, the third annual report that was recently released is the most thorough collection of key takeaways so far. To better understand how the industry is changing year over year, we zoomed out and compared the past three martial arts reports.

Get Your Copy Now

Percentage of Students on Autopay

Champions use autopay to enable reliable revenue and save time. Based on the data, it’s safe to say this is a preferred, if not required, standard for Champions. In order to make this a standard practice, you need the right tools in place, like a good student management software suite. In reviewing each year’s report, we were pleased to see a steady year-over-year increase in autopay adoption.

In the third annual report, Champions reported that 89% of their students were on autopay.

In the second annual report, Champions reported that 86% of their students were on autopay.

In the first annual report, Champions reported that 84% of their students were on autopay.

Like all sections of the benchmark reports, the financial data section will depend on a variety of factors. As mentioned above, the number of respondents has changed each year, and that change affects the financial data (for the better in this case). Since our first Annual Martial Arts Benchmark Report was released, reported average monthly profits have slightly decreased year to year.

In the third annual report, the average monthly profit for Champions was $13,694.16.

In the second annual report, the average monthly profit for Champions was $18,500.

In the first annual report, the average monthly profit for Champions was $18,273.

While we know these differences can be attributed to a variety of factors, including greater validity of the data, we also see some small changes in the line items of each P&L. For example, in the third annual report, we see a noticeable increase in events revenue and a slight drop in student agreements revenue. For many popular martial arts segments, events like seminars are gaining traction as a way to generate additional revenue and provide more value to the community. This is merely an observation though, and we don’t know enough about the survey respondents to drill down a solid reason for this year’s change.

Dive into the data on your own, download the third Annual Martial Arts Benchmark Report. 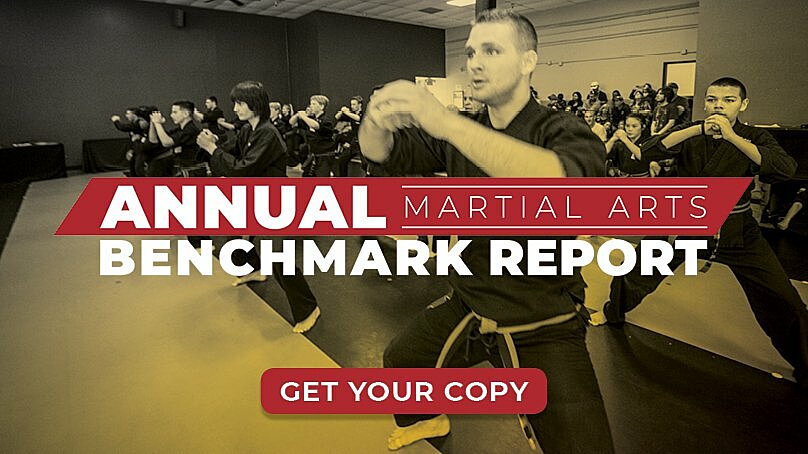