As if #Alex from Target and the #CowboysUK hashtag snafu weren’t enough social media news for you today, we’re here to tell you about Facebook’s ban on like gating. Unlike the two above-mentioned social media stories, this is one you’ll want to know about because it will likely affect you.

When I first heard the term like gating, I thought it was something to do with another political scandal, like Watergate. But it’s nothing as steamy. Like gating is a practice done by many legitimate business pages in order to gain page likes. I think Facebook marketing expert, Jon Loomer explains it best by saying it’s just “incentivized likes.”

For a while, like gating was an acceptable way to bring in more page followers. It was often accomplished by requiring users to like a page before they could enter a contest or receive points in a game. In fact, some popular third party applications specialized in like gating, and they did a great job of quickly growing a fan base. (ShortStack, Heyo, Tabfusion, Tabsite, Woobox, etc) My favorite example of like gating done well was when the New Yorker Magazine asked for page likes in order for users to read some of their online content. (See this for more) That makes sense and accomplished the goals of the publication. However, like gating wasn’t always so well done, and pages ended up having a lot of likes but very few truly interested or engaged followers.

As a business owner, you’re probably saying: So what? I didn’t do that. Why should it impact me? And here’s the answer…

Like gating ended up bothering the algorithms Facebook uses to keep us engaged with relevant stories in our newsfeed. (Remember, only 16% of your Facebook fans see your posts in their News Feeds organically due to their algorithm- click to read more) A disruption in the algorithms is concerning for Facebook because they want us to stay active on their site so they can make money from the ads they sell. But if we are besieged with uninteresting or irrelevant stories in our newsfeed, we’re likely to tune out and move over to one of the many other social media sites.

“You must not incentivize people to use social plugins or to like a Page. This includes offering rewards, or gating apps or app content based on whether or not a person has liked a Page. It remains acceptable to incentivize people to login to your app, check-in at a place or enter a promotion on your app’s Page. To ensure quality connections and help businesses reach the people who matter to them, we want people to like Pages because they want to connect and hear from the business, not because of artificial incentives. We believe this update will benefit people and advertisers alike.”

What it means going forward

Starting today, we can’t incentivize page likes. Since likes alone aren’t that helpful when it comes to accomplishing your business objectives, it’s time to start focusing on the quality of followers and their level of engagement. Here are two great alternative methods for using Facebook to build your member base.

Paid advertising
Facebook has been moving heavily towards making businesses pay to have their content appear in news feeds. Ads and boosted posts show up in newsfeeds, and users are hanging out in newsfeeds, not pages. So when you compare the value of page likes versus stories in newsfeeds, the newsfeeds win. Plus, as little as $20 will allow you to get your posts or ads in front of a targeted demographic, which you can select using criteria like age, location, and specific interests.

Think leads, not likes
Email addresses from prospects are far more valuable than page likes. Why not embed a form and capture email addresses for downloadable content? You can video a set of easy-to-do at home exercises, post this video to YouTube, then ask for email addresses for the free download. From there, you can use automated emails to keep in touch with this group of prospects. Marketing like this is far more effective than posting a status update on Facebook and hoping that the update will show up on the newsfeed of your intended recipient.If you’re looking for new ways to up your social media and overall marketing game, check out our free marketing webinar. This webinar covers everything from testimonials to referral programs and was developed specifically for fitness business owners. 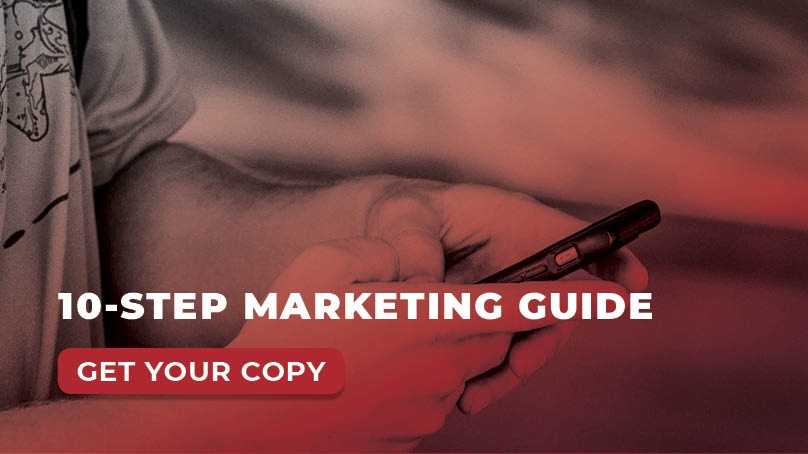